The Goldschmidt® Conference is the primary meeting worldwide for the presentation and exchange of scientific ideas in geochemistry. It is owned jointly by the Geochemical Society (GS) and the European Association of Geochemistry (EAG) – Goldschmidt® is a registered trademark of GS and EAG.

On the Goldschmidt® Conference Archive website, you can find information about past and future Goldschmidt conferences, as well as available abstracts, program volumes, plenary recordings and photos. 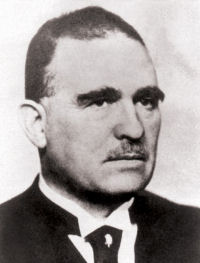 Victor M. Goldschmidt (Zürich, January 27, 1888 – March 20, 1947, Oslo) was a mineralogist considered to be the founder of modern geochemistry and crystal chemistry, developer of the Goldschmidt Classification of elements.

Goldschmidt was born in Zürich. His parents, Heinrich Jacob Goldschmidt and Amelie Koehne named their son after a colleague of Heinrich, Victor Meyer. There was a history of great scientists and philosophers in both families. The Goldschmidt family came to Norway in 1901 when Heinrich Goldschmidt took over a chair as Professor of Chemistry in Kristiania (Oslo).