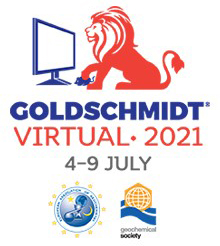 For the 31st V.M. Goldschmidt Conference, the lion, the historic symbol of the city of Lyon and figurehead of the conference logo, sat down and took his place in front of his computer for the second virtual meeting. Although during early planning it had been hoped that the meeting could have taken a hybrid format, with at least a small on-site presence in Lyon, as the date approached it became clear that this would expose delegates to unnecessary risks.

The European Association of Geochemistry (EAG) and the Geochemical Society (GS) then set about building on the blueprint developed, at extremely short notice, for last year’s meeting, to try and reproduce the “Goldschmidt” experience in a virtual environment. An emphasis was placed on live talks but with the assurance to delegates that their time zones would be respected, and that no one would be asked to talk at 3 am! (except of course the plenary speakers, who very graciously agreed to this). This defined the shape of the meeting as it required two blocks of talks to allow delegates to the east and west of Europe to take part. Even before you consider how long people (or lions) can sit in front of a computer in one sitting, you come to a length of about two and a half hours for each block, otherwise the talks become too early or late for some sections of the audience.  By recording the live sessions, however, and making them available for two weeks after the meeting, everything was available to everyone, and although live talks had to be shorter there was the possibility to upload longer talks, which many delegates took advantage of.

We were fortunate to be able to take advantage of the technological improvements, particularly in the reliability of video conferencing, that have occurred over the last years. The SpatialChat video networking environment provided perhaps the closest approach yet to on-site interaction at a meeting, allowing you to move between individuals and groups in a room to discuss and say ‘hi’. In fact, a number of clear benefits arouse from the format of the meeting. It was very easy to flip between parallel sessions, particularly as session chairs did an excellent job of keeping talks on time. A virtual meeting certainly puts more pressure on the chairs and conveners who suddenly have many more responsibilities, but they rose to the challenge with confidence and elegance. Although sessions were tight in order to fit the many talks into the available time, questions posted in the Zoom chat opened up another real-time avenue for interaction. The compressed format of the meeting also meant that delegates had time in the day to do all the other things that just don’t seem to disappear when we don’t fly off to a meeting.

We are indeed very grateful for the support and trust shown by the community towards the meeting. Your support in these difficult times ensures that we can have meetings into the future and gives us the chance to meet up again online and in Honolulu, Hawai’i, USA next year, and in Europe in 2023! 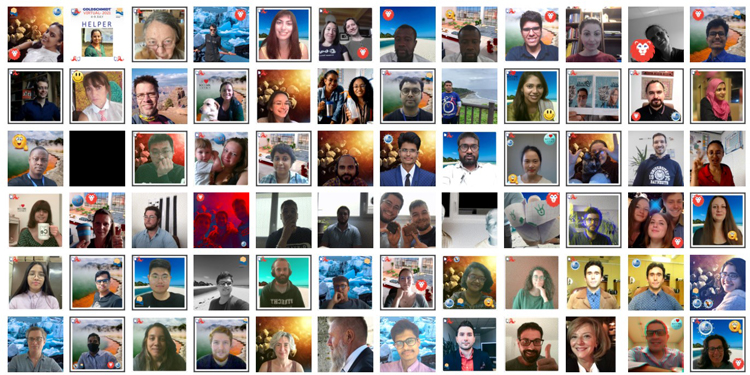 Thanks to the immense efforts and commitment of the Local Organizing Committee, science committee members, theme chairs, and more than 450 session conveners, as well as crucial support from the 19 conference sponsors, Goldschmidt2021 featured:

The EAG and GS recognize that diversity, equity, and inclusion (DEI) are the foundations of a strong and thriving scientific community. To promote engagement from across the geochemistry community and related disciplines, and to ensure an equitable conference for all attendees, the EAG’s Diversity, Equity and Inclusion Committee (@EAG_DEI) organized a number of sessions, workshops, and other events during Goldschmidt2021.

The success of any Goldschmidt conference relies on the energy, commitment and efforts of the whole community, and the EAG and GS wish to thank the thousands of scientists from across the globe who participated this year. Special thanks go to the Organizing and Science Committees chaired by Dan Frost and Maud Boyet, to Kate Kiseeva and Richard Thomas for organization of the Early Careers Program, to the incredible student helper team led by Edoardo Ammannati, as well as to all of the staff and personnel at The Conference Exchange and Congrex Switzerland.

Goldschmidt2022 will take place in Honolulu, Hawai’i, USA and online from 10-15 July, 2022, and the EAG and GS look forward to seeing you there!