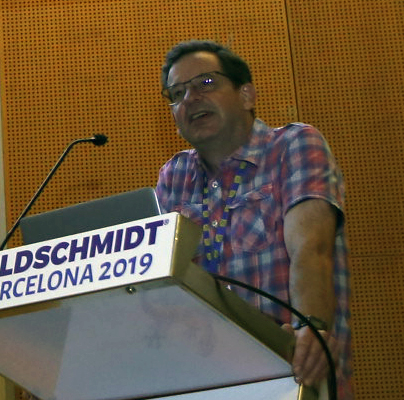 This is the first time I have ever given an award citation, and I could not be more pleased than to do so for Stefan Lalonde.

I first met him in 2004 when he was a 4th year undergraduate student in Anatomy at McGill. He was visiting his mom in Edmonton and asked me if I had any summer work that he could do because he was interested in Astrobiology. Soon after he started, I sent him off to Portland to work with Anna Louise Reysenbach on silicifying some hyperthermophilic bacteria. From that month-long project he produced his first journal publication, and by then I knew I was on to a winner. Stefan subsequently did both a MSc and PhD with me at the University of Alberta, and during that time we published a number of papers, some of which I think are pretty solid pieces of work. I can honestly say that my career trajectory is largely due to having him as a colleague. I might have had some ideas of things to pursue, but he had the lab chops to make it happen.

It was a sad day when Stefan moved on to a Postdoc with Olivier Rouxel at Brest. Not only had I lost the lynchpin that ran my lab and served as a role model to my other graduate students, but I had to say good bye to a great friend. Actually, Stefan is more than a friend – he’s like family to me, and he was very much missed.

I could waffle on about Stefan’s abilities, but it suffices to say that he fully deserves the Houtermans Award. Stefan is without question one of the brightest people I know. He simply effuses great ideas and has the writing skills to put thought to paper. His current work on early microbialites in South Africa and northern Canada will unquestionably lead to major advancements into how we think about the co-evolution of life and the Archean Earth. So, without further delay, I am extremely proud to hand the podium over to Stefan. 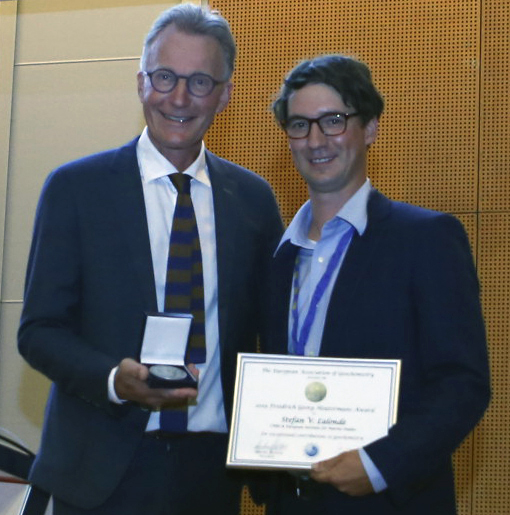